What is blue ray?

The short wave and high energy characteristics of blue light determine its strong penetration. The blue light can easily pass through the lens and reach the retina. Long-term exposure of the eyes will cause atrophy of retinal pigment epithelial cells and death of photosensitive cells. 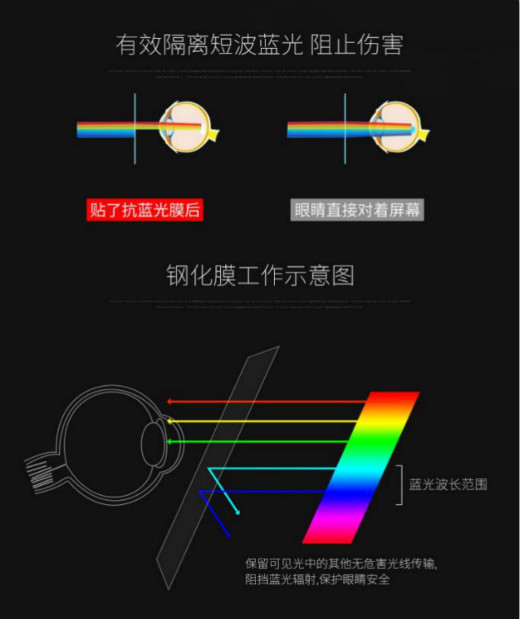 Being exposed to blue light for a long time,for example,when you are playing on mobile phone/computer,will cause great damage to the eyes. Therefore, reducing the amount of blue light that reaches the retina is critical to protecting the eyes for heavy electronics users.

The anti blue ray screen protector can effectively block the high-energy short-wave blue light which is harmful to eyes (400nm~470nm). The principle of technology is based on

a unique anti blue light nano layer. when the blue light emits from the screen it will be greatly blocked by the nano layer, the amount reaching retina decreased, so that is can avoid the stimulation of the radiation on the eyes. Good anti blue light tempered glass screen protectors are developed with imported ultra-thin nano glass and top optical grade materials, Have the characteristic of good scratch resistance, anti-drop, anti-fingerprint, waterproof, Anti-radiation, anti-oil. No only protect the safety of the mobile phone screen, but also your eye. 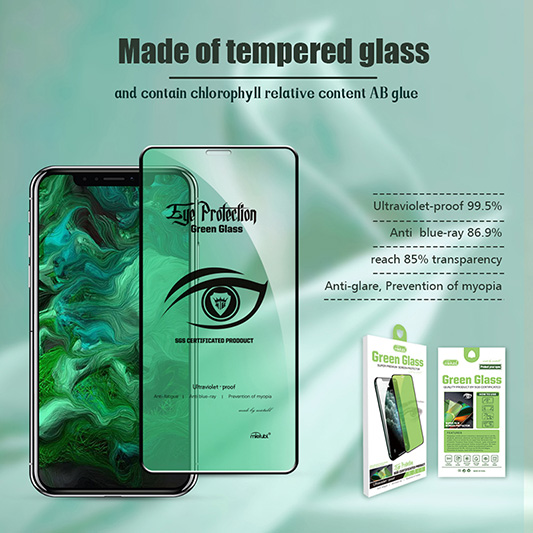 2. 30° view to the left and look directly at the phone screen. The anti-blue ray tempered glass screen protector will appear colorless and transparent.

3. 30° view to the right and look directly at the phone screen. The anti blue ray tempered glass screen protector will still appear colorless and transparent.

In fact, the simplest understanding of Blu-ray is that it will imply that we should not sleep now. The main sources of our exposure to blue light are mobile phones and computers.

Therefore, many mobile phone manufacturers have launched anti-blue ray screen protectors. Although it can effectively reduce the damage of blue light to the eyes, It is recommend that you should reduce use of cellphone, and after long time use,your should take a rest and relax your eyes,